From Copenhagen to Prague, European cities seem perfectly suited to cycling. We’ve picked out the European capitals that are ideal for exploring by bike 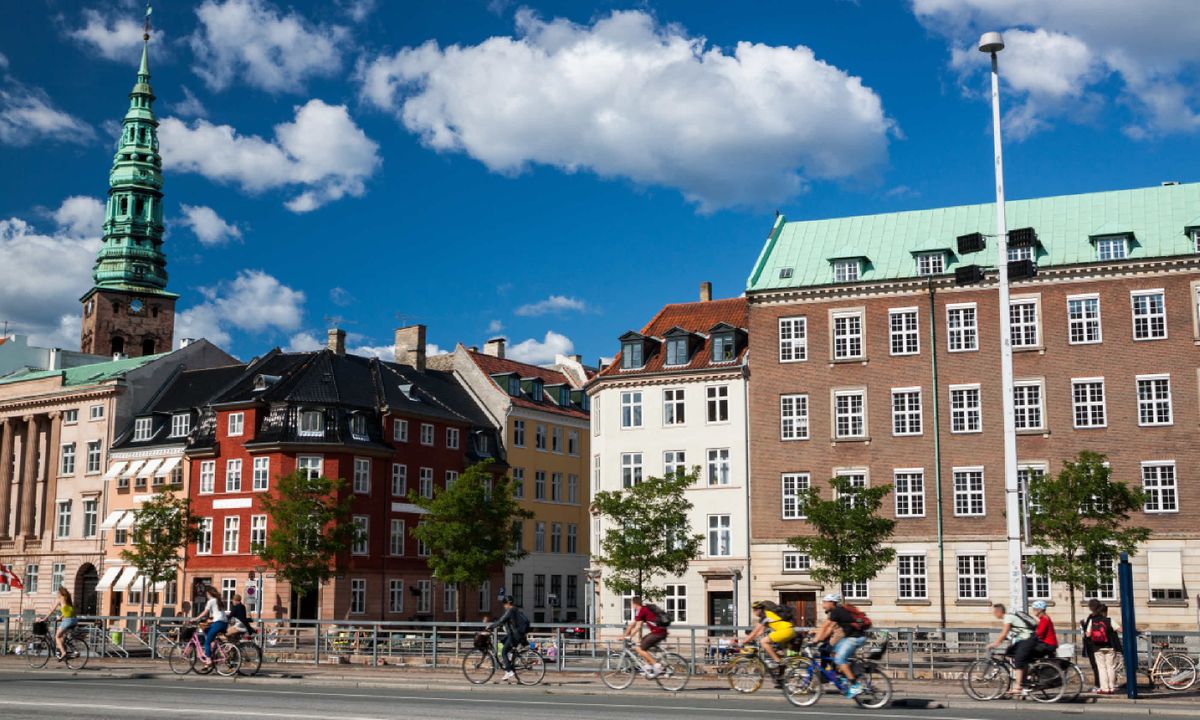 Copenhagen is laid out brilliantly for cyclists and they very often have right of way over cars. For visitors, there are cheap bicycle rental ports across the city for a casual ride but there are also schemes for serious cyclists. GoBike, for example, strategically places docking stations at metro stations for commuters and visitors alike. These bikes can be reserved via smartphone for forward-planners and also include a touch screen electrical pad for log-in and GPS navigation.

On your visit, continue with the green theme and take a break from cycling with a walk through the 25-hectare botanical gardens or open air museum. 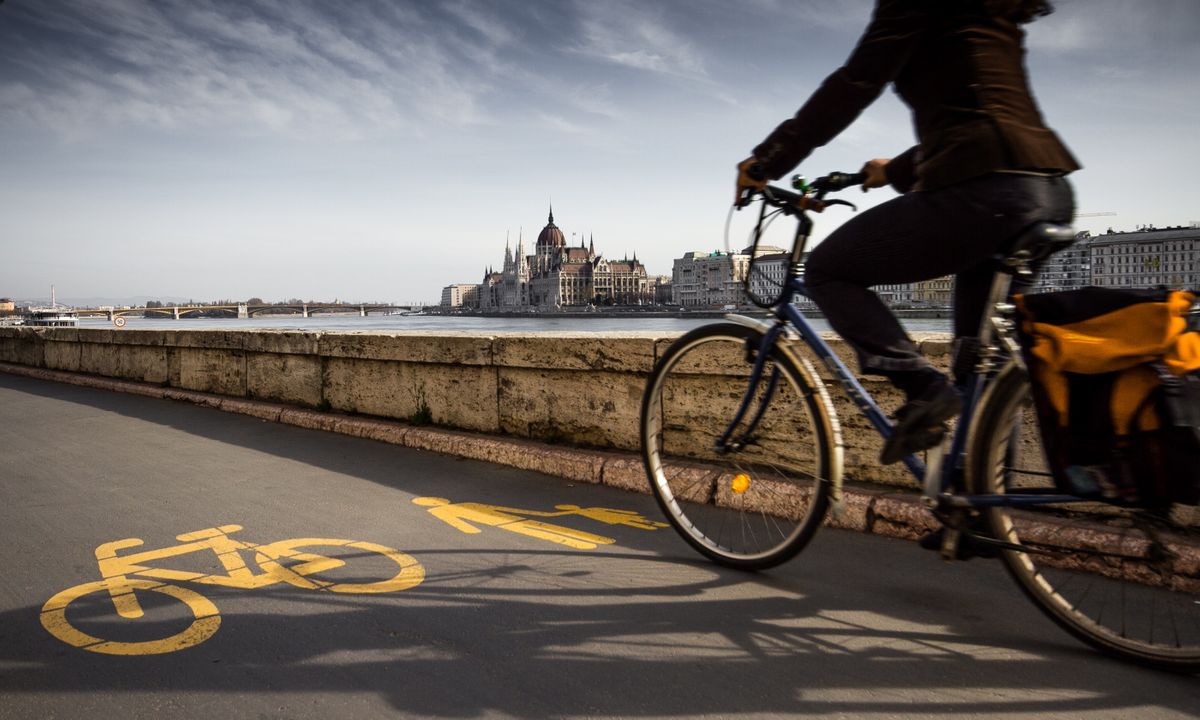 Cycle track to the shore of Bud (Shutterstock)

Campaigns promoting cycling have been followed by improved paths and facilities in the Hungarian capital. Guided tours are becoming a popular way to see the city, with a local guide, visiting historical points of interest on both sides of the Danube River.

An annual mass bike-ride on Earth Day (22 April) is run by a group called Critical Mass, founded originally in San Francisco in 1992 to promote cycling. Hungary’s branch runs the most successful events each year with its goals being, “to raise awareness on the benefits of bicycling and other alternative means of transportation, to assert cyclists’ right to the road, and to celebrate cycling in general.” 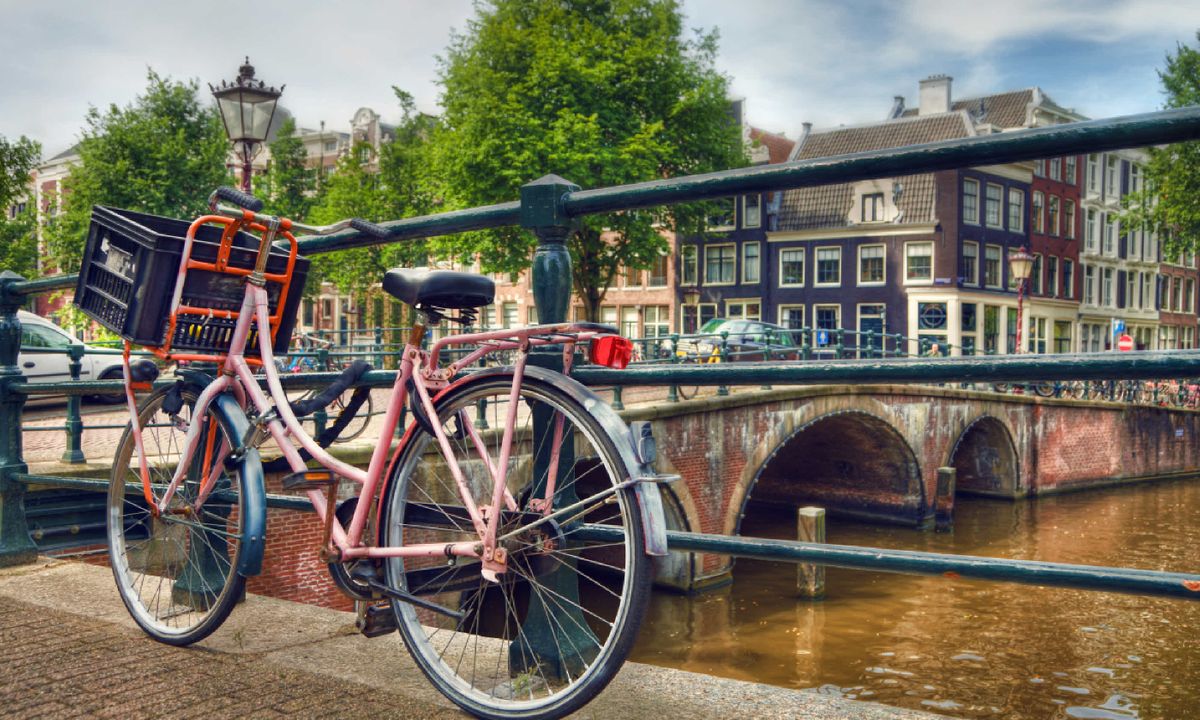 This is probably the most famous cycling city in the world. There are about 880,000 bicycles in a city of 800,000 people and 32% of all trips in Amsterdam are made on bikes while only 22% are taken in cars. City officials are even planning on creating more bike-parking facilities and cycling services to stop bicycle traffic jams.

The country’s typically flat terrain means that cycling for pleasure is rarely an uphill struggle. There are dozens of cycle tours available, from historical sightseeing to countryside ‘windmill and tulips’ tours. The Dutch seem to be leading the way as cities such as Utrecht and Eindhoven are also known for their cycling facilities. 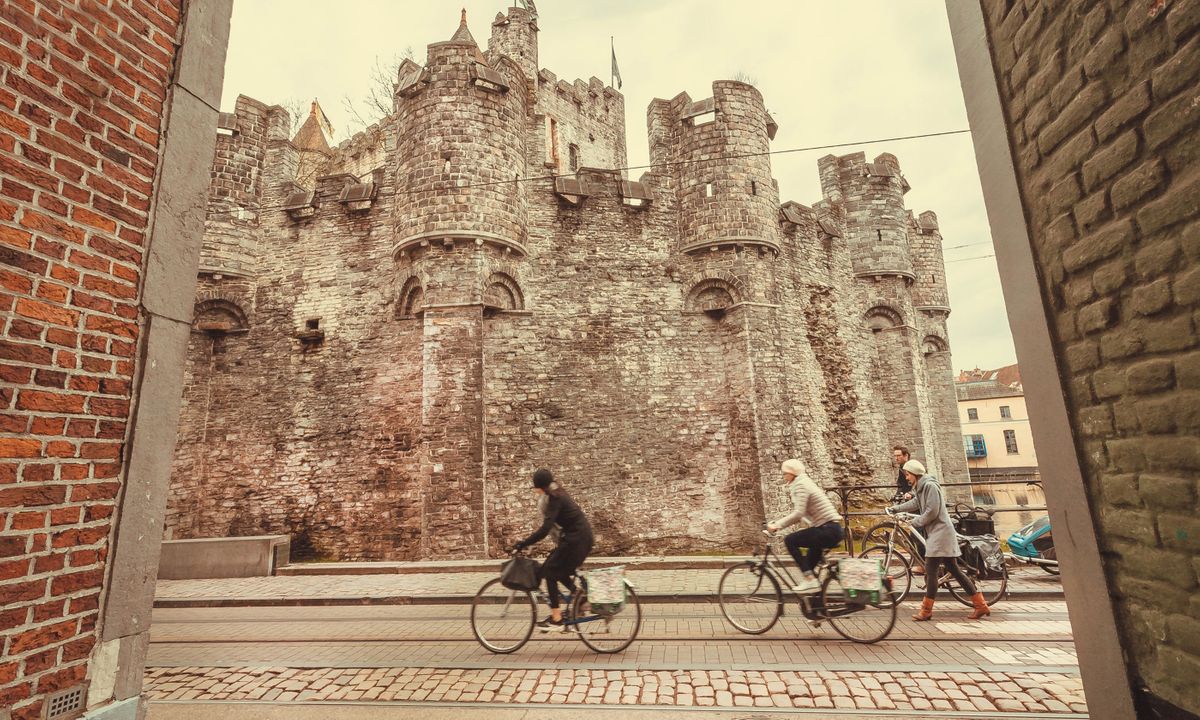 Many Flemish cities are taking their cue from across the Dutch border and becoming increasingly cycle friendly. In Ghent, there are cycle paths running through and around all of the city; perhaps more importantly cyclists always have right of way. Burn off those freshly baked waffles and luxurious Belgian chocolates with a riverside ride.

Cities with tramways often boast great cycling infrastructures too, and Ghent proves this rule, making the city centre much more peaceful with the absence of cars. Visitors can rent a bike by day – and monthly rental is also available, if you’re staying longer.

It’s not only a cheap but also easy to get around this cosy, compact city. 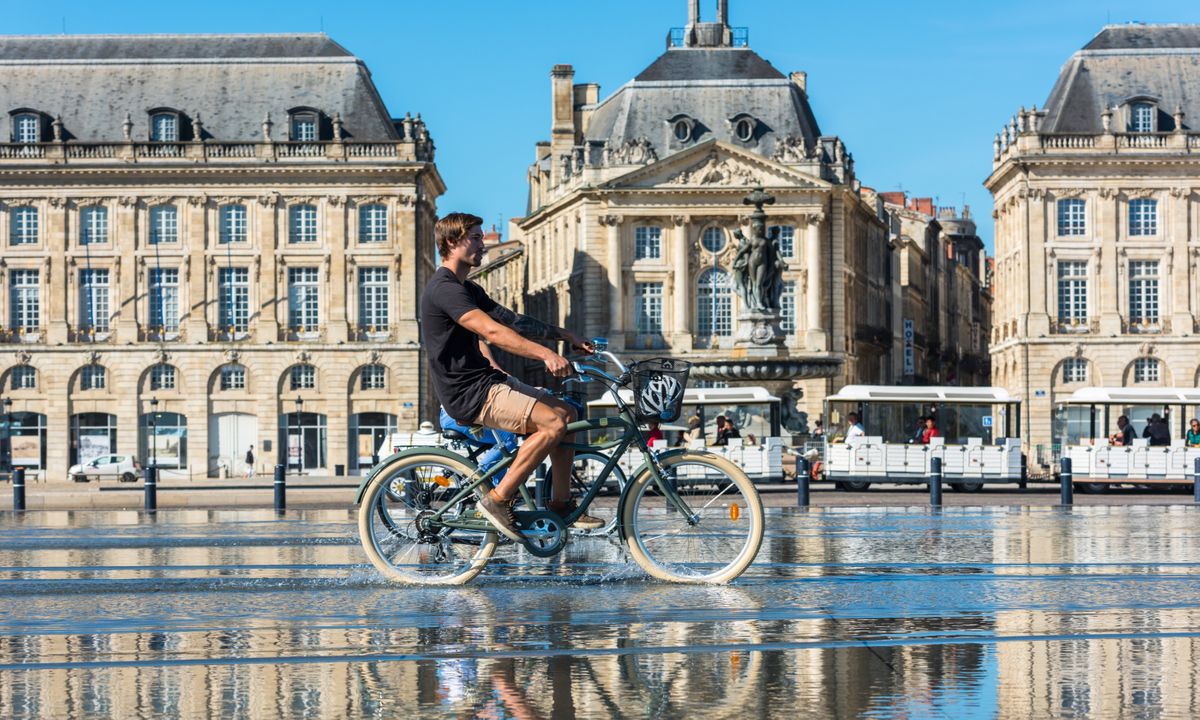 This picturesque, snug city is becoming increasingly popular with cyclists. The growing profile of their bike scheme, VCub, is drawing in tourists as well as providing citizens with a green alternative to their daily commute.

The city has a network of 1,545 bikes across 139 docking stations that are available all-day every-day. Bikes are available to rent from only a few Euros a week so it’s fast becoming the cheapest and greenest method of transport in the south-western French city. You’ll find bike tours galore, but the city is easy to navigate on your own, parking the bike if somewhere catches your eye. 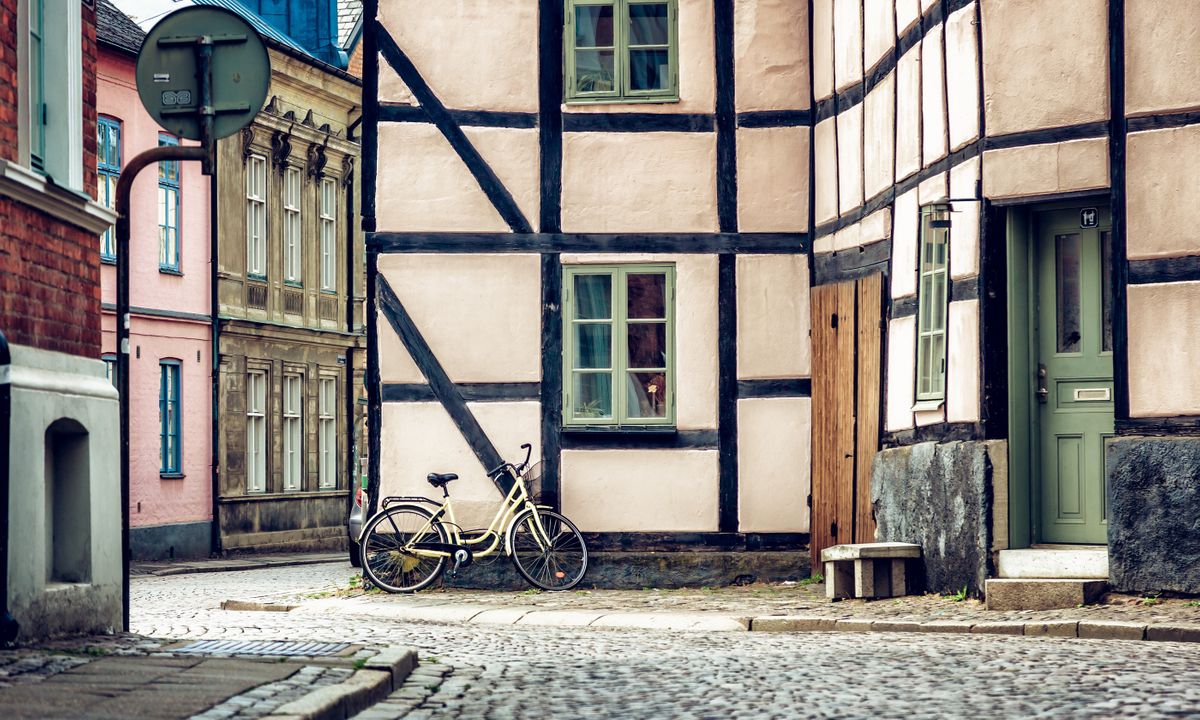 Committing millions of Euros to boosting bicycle use, the Swedes have launched campaigns against overusing cars as well as promoting helmet use. They’ve even gone as cyclist-friendly as to name their cycle paths for ease of GPS planning. Great for seaside cycle trips as well as city breaks. 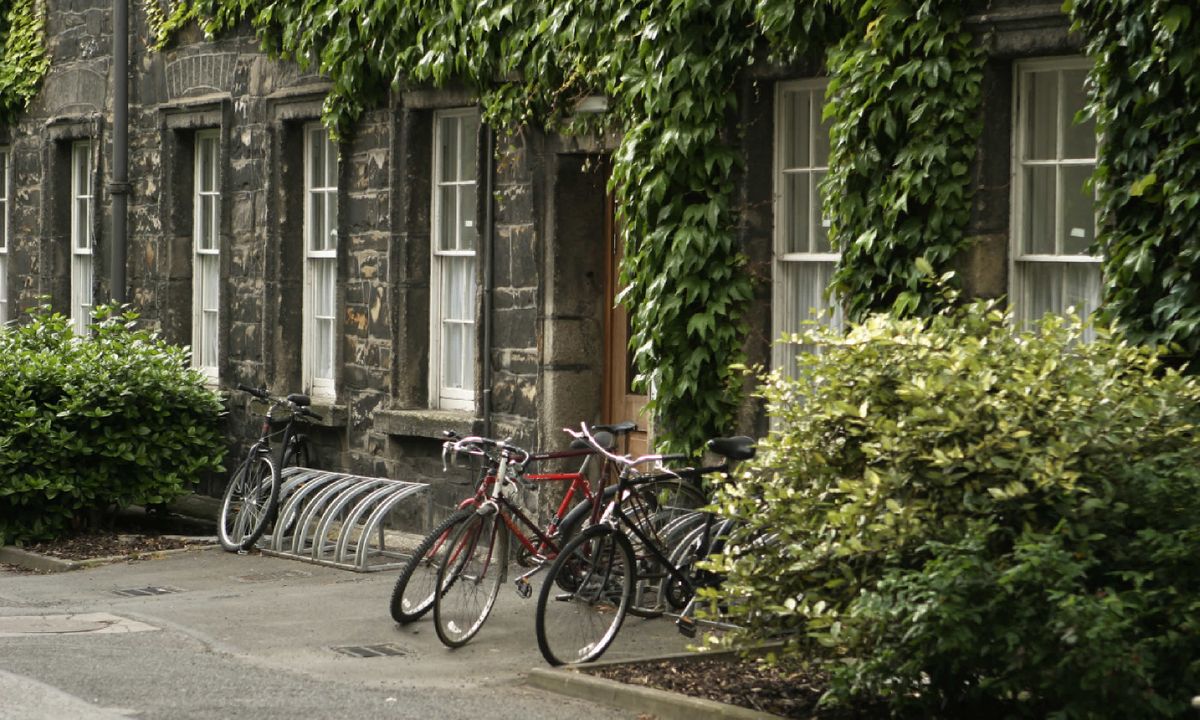 Setting an example for its nearby British neighbours, this city is pushing against urbanisation by developing a large-scale bicycle infrastructure. Soak up some of that famous Irish culture and indulge in a history or museum tour of the city. If you fancy it, the coast is only 20 minutes away so get on your bicicleta for a sea breeze.

There are also pedicabs (think European rickshaws) if you don’t fancy doing your own peddling. There are plenty of 30km/hour zones and cycle paths around the city. 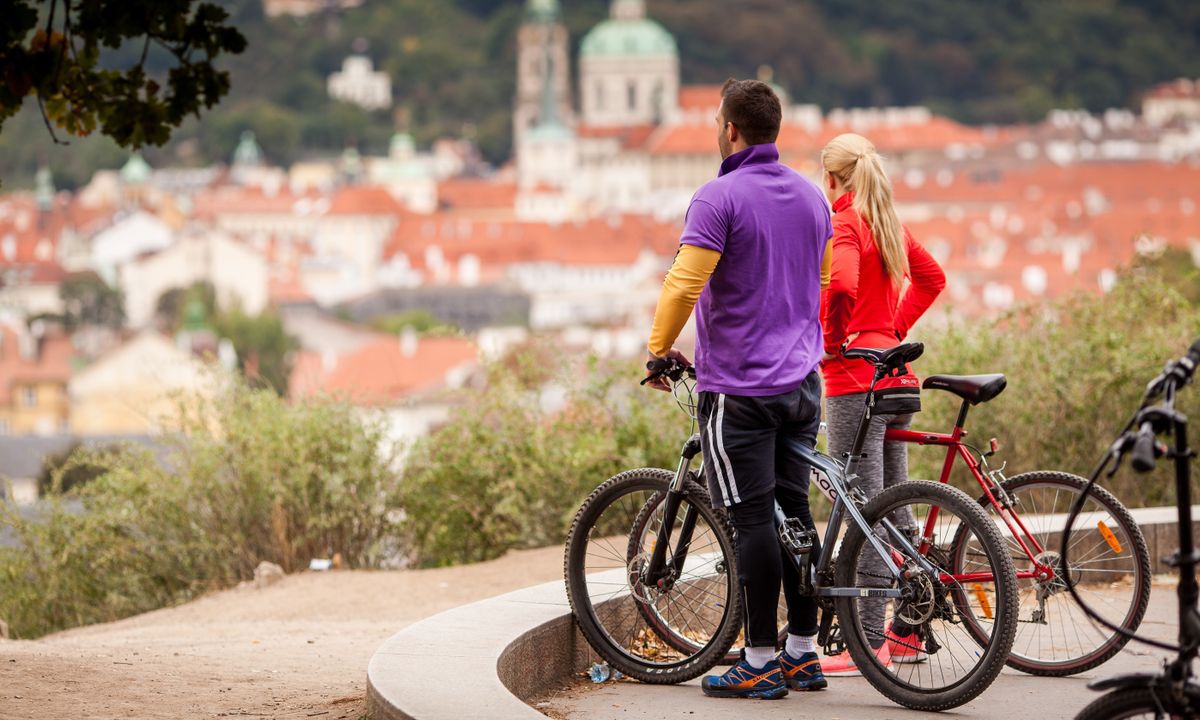 Although Eastern Europe usually sits in the shadow of its Western counterpart when it comes to a good cycling reputation, Prague has been working to make itself a cycling city since 2003. Cycling paths are currently improving as they aim to have a comprehensive network of over 1,000km of cycling infrastructure.

Prague is a very pretty, very serene city by day full of historical sites. What better way to get from the Old Town Square to the King Charles Bridge than by a lazy bike ride through the cobbled streets? 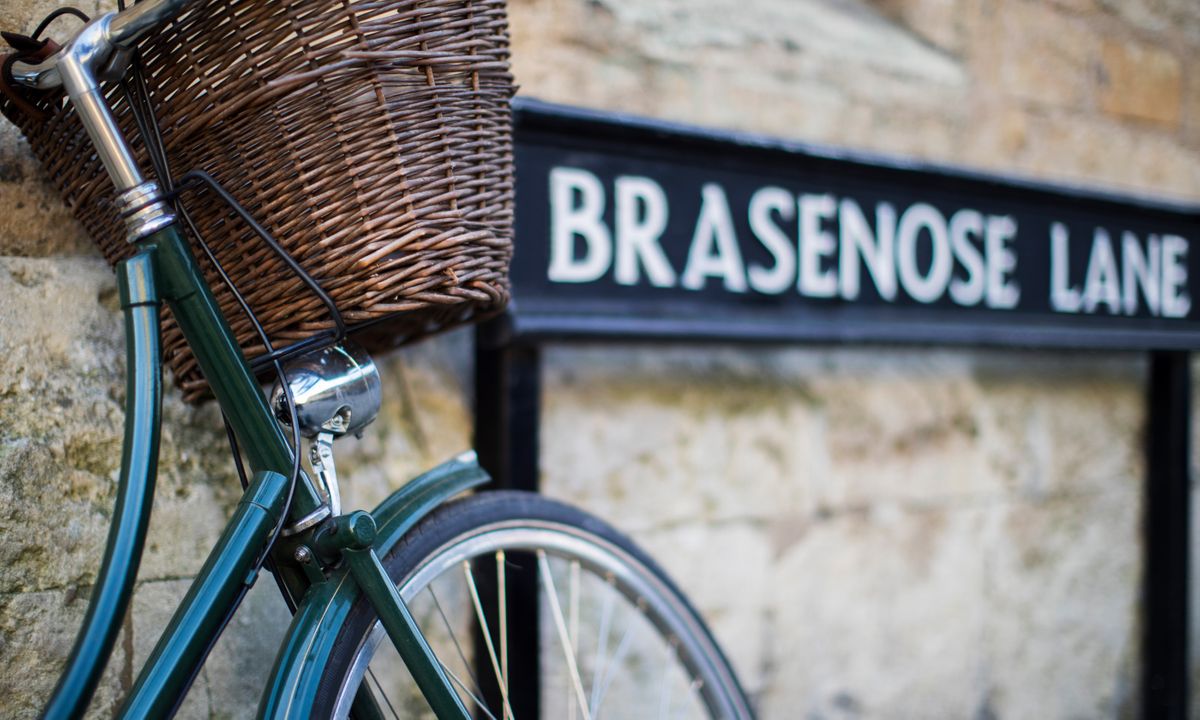 Oxford is a compact, historical town in south England which provides picturesque bike rides a-plenty. The aim is to increase the proportion of journeys made by bicycle to 20% by 2021. As well as the designated cycle paths in the city centre and along the River Thames, there are also cycle routes in the surrounding countryside for cycling day trips.

One of the most popular in the county is the Phoenix Trail which traverses through The Chilterns, some of Britain’s most beautiful countryside, and has spots to settle down every 500m or so. Alternatively, tick off every college (from fairytale Wadham College to Christchurch College, which featured in the Harry Potter films) and enjoy the city from your saddle.

Bicycles can be rented across the city centre, and many places also offer cycle tour packages.