We catch up with 5 of our shortlisted World Guide Awards tour leaders to find out the most ridiculous question they’ve ever been asked, from pancake-poo to polar pontoons.

1: What kind of mushroom is that? 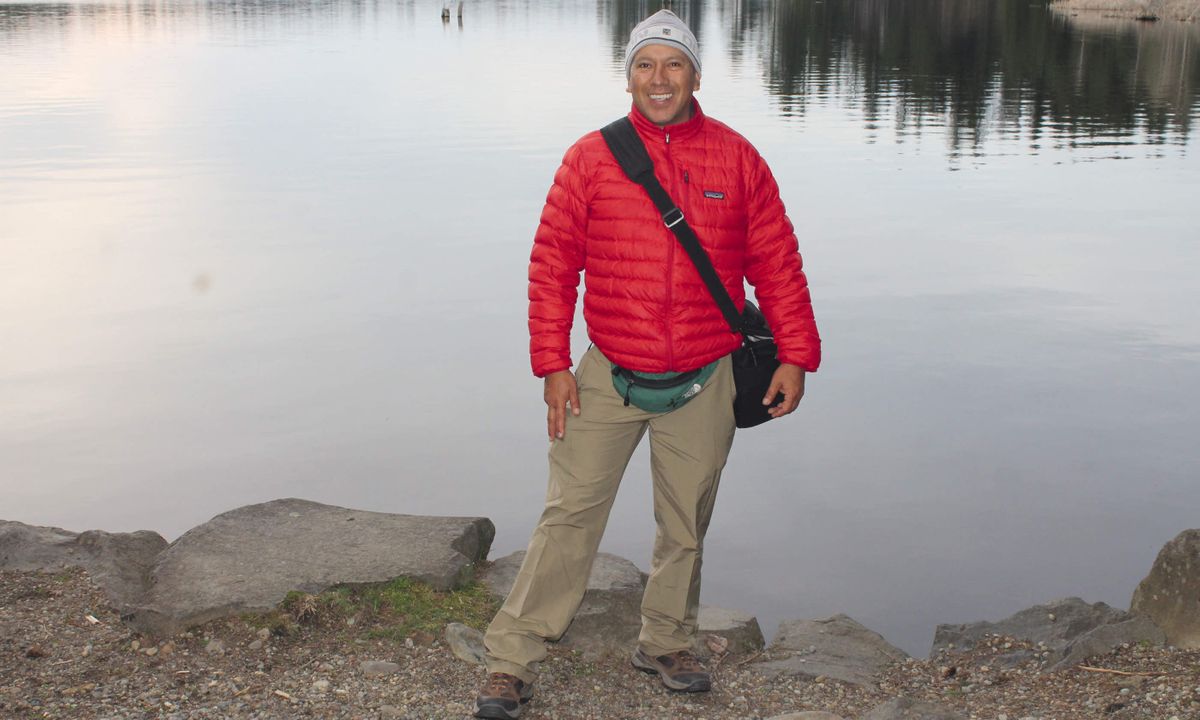 Once, I was taking a group on a hiking trip through the Sacred Valley and we were crossing a section where cows had been grazing. One of my clients pointed to a mound of cow dung and asked “What kind of mushroom is that?”

I had to try to keep a straight face and inform him that it was actually cow poo. It’s a simple reminder that for many city dwellers something as ordinary as cow poo is interesting and remarkable. 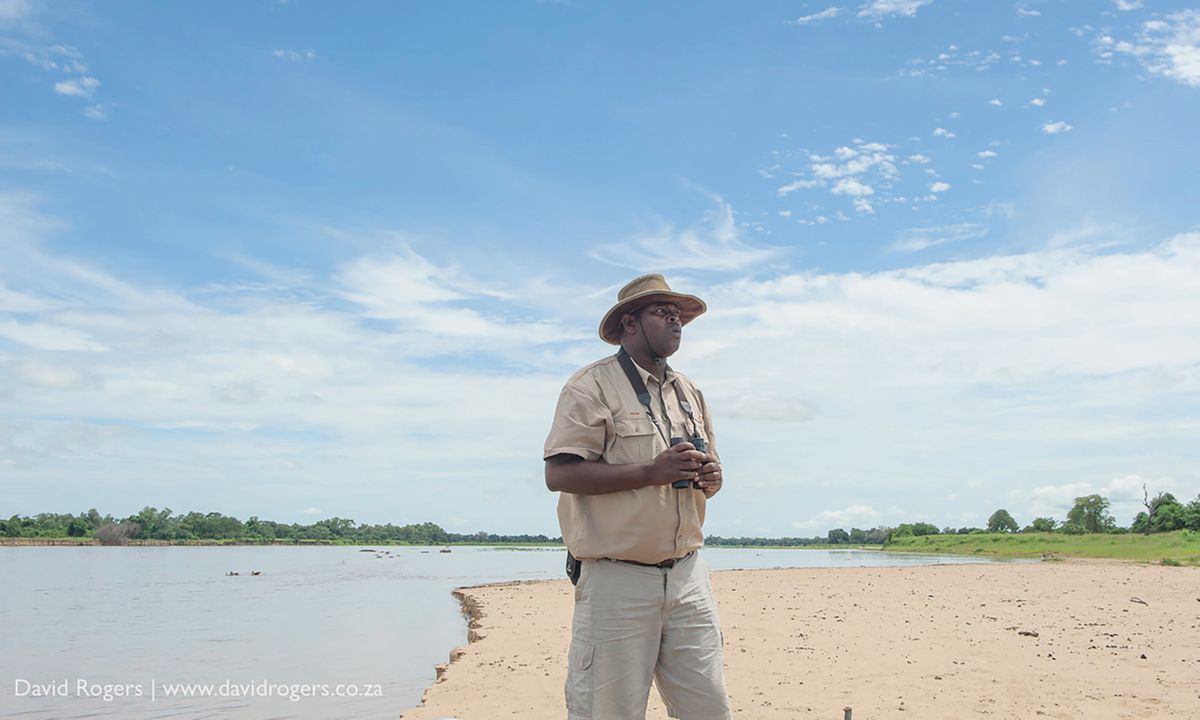 There have been plenty of ridiculous questions, but the one I remember most was asked by a nine-year-old guest. As we were watching leopards mating on a morning drive, they asked, “Jacob, if we come back in the evenings here, are we going to find cubs?”

Everyone on the vehicle really laughed. That young guest made my day. My first answer to her was “Yes”, in a joking way, but later I explained the gestation period of the leopards.

3: How old are donkeys in Morocco? 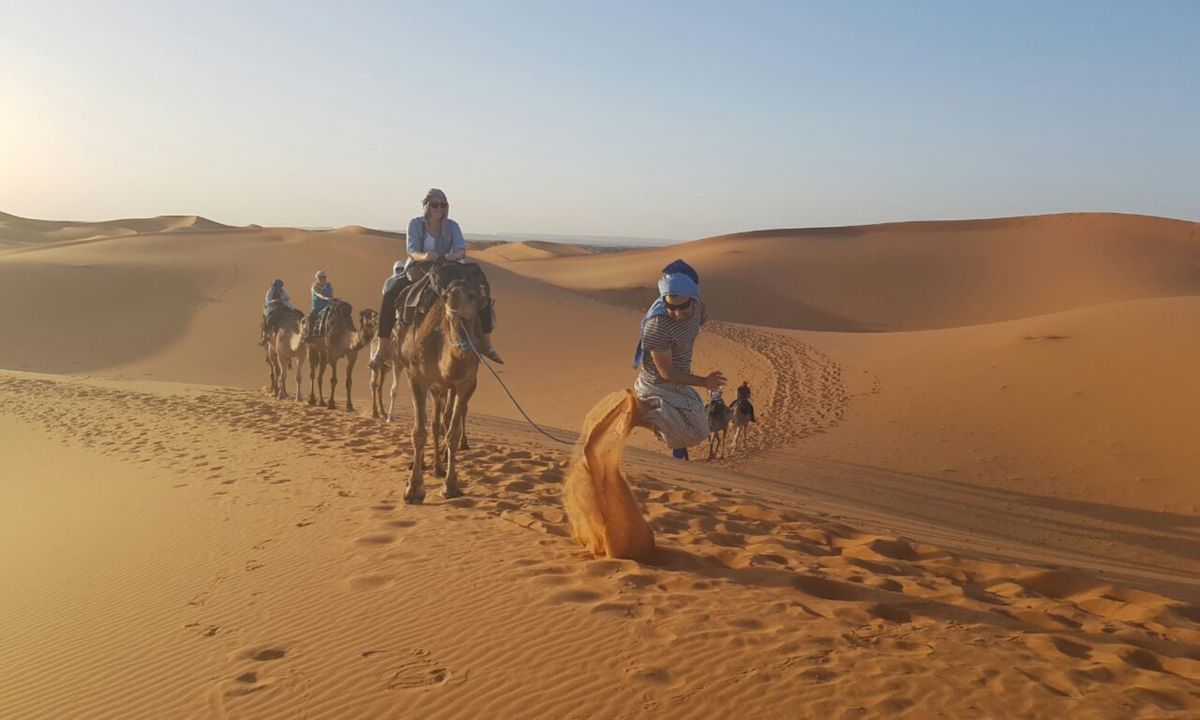 Camel riding in the Sahara Desert with Khalid (Intrepid Travel)

One of my favourite things about being a tour guide is the array of wonderful questions that travellers ask me whilst I’m leading a trip. It’s great to see how many of our passengers are interested in the cultural differences between their country and my own, and that is a huge part of what makes my job so rewarding. I do sometimes, however, get questions that even I don’t know how to answer.

I was recently with a group explaining to them the integral role that donkeys play to the local community and families in Morocco. At this point, a passenger turned to me straight-faced and asked, “How old are donkeys in Morocco?” My immediate response was to smile and joke, “Donkeys are too shy to reveal their age in my country, no matter how young or old.”

I further went on to explain that it would be difficult for me to know the age of every donkey in the country. Needless to say, this question amused the other travellers in the group, too.

4: Why is everyone drying out pancakes? 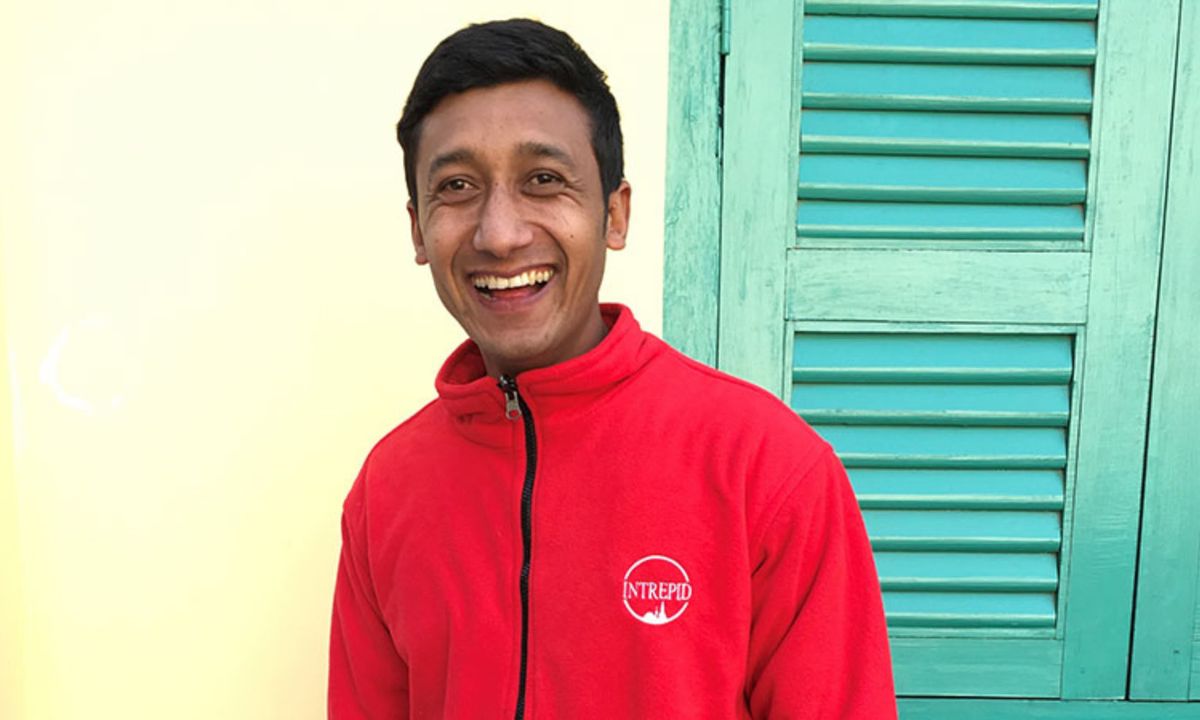 On the fourth day of an Everest Base Camp trip, my group and I reached the ancient village of Phortse, home of the sherpa. As we arrived, everyone began taking photos of the local village and houses, something that was normal for the trips that I led. It wasn’t until we arrived in the hotel that one of the passengers came over to me and said, “Dinesh, why are so many of the local people drying out pancakes on their walls? Is there a reason it is so dark? Will we be having these pancakes for our dinner?”

It took me a minute to realise that the passenger was actually talking about yak manure, which villagers use as an alternative source of energy for fire wood and to help prevent deforestation. I laughed, took the passenger to the room with the chimney and showed the group how yak dung was used to heat buildings. It’s safe to say nobody wanted to taste the ‘pancake’ once they found out what it was made of.

5: How far above sea level are we? 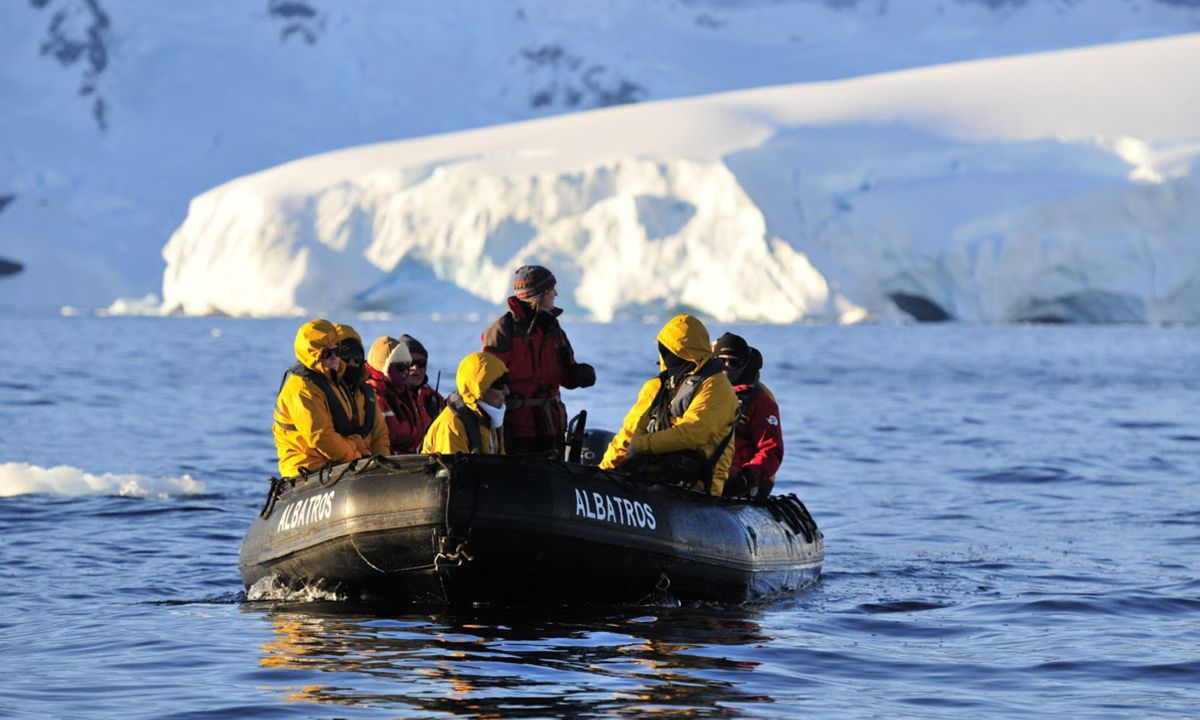 Just off the Northern Peninsula of Antarctica, 10 guests and I sat on the pontoon of our silent drifting Zodiac listening to the crackle of sea ice that floated beside us. A guest asked, “How far above sea level are we?” My guess is that due to the stillness and glassy state of the sea, they thought for only half a second that perhaps we were on a lake.

I leant over the pontoon and used my hands to measure, then announced to the entire group, “About two feet.” At that precise moment a Minke whale surfaced only a metre away from the boat, releasing its powerful breath, followed by an Adelie penguin – obviously just as shocked by the whale as we were – which leapt out of the water like a flying corkscrew and landed at the base of the boat.

The guest who had asked the question completely collapsed in uncontrollable laughter. It did not take long for the entire boat of passengers to buckle in fits of giggles. I leant down and calmly lifted the small but solid penguin and released it back into the sea. I turned to the guest, put my hand on their shoulder and smiled widely. The winners of the Wanderlust World Guide Awards will be held on Thursday October 5, 2017, at the Royal Geographical Society in London. Special guests include legendary travel writer and author Bill Bryson and photographer and wildlife expert Mark Carwardine, who’ll be interviewing each other onstage.

Come down and join them, Wanderlust’s editor-in-chief and co-founder Lyn Hughes and Wanderlust magazine editor Phoebe Smith for a fun-filled, inspirational night.

Tickets are available HERE for £5 each.