A European Capital of Culture 2020, diverse Galway and its surrounding countryside offers Gaelic culture and hospitality. When you’re ready for a city break, don’t overlook this colourful Irish gem…

Walking with me through Galway city’s Eyre Square, my guide Liam SiIke made a beeline for the John F Kennedy memorial. The stone plinth with a bronze bas-relief of the US president marks the spot from which he addressed a star-struck crowd in June 1963.

“I was there!” cried Liam (he is also the town crier). “It was the moment when people of Irish descent all over the world saw that coming home to visit was an option. TV was a new thing and watching the most famous Irish-American return to his roots had a big effect on the diaspora.”

Since then the harbour town on Ireland’s far western edge, where the rushing River Corrib sweeps into Galway Bay, has swelled to a city closing in on 100,000 people. Many incomers are of Irish heritage, but they have also been joined by large numbers of Spanish and other Europeans, a sizeable Brazilian community, and students from India and Malaysia. The new Galwegians add spice to this welcoming and walkable city brimming with brightly painted shops varying from traditional to cool and kitsch. Great hospitality plays first fiddle in old-fashioned cafes, pubs and wonderful seafood restaurants, cheek by jowl with curry houses and the odd tapas bar. After dark, jig music wafts from countless cosy watering holes.

This diversity was key in the successful bid to be European Capital of Culture 2020 (along with Rijeka in Croatia), which runs until the end of January 2021. Landscape, language and migration are the themes under a slogan of ‘Let the magic in’. This applies to the region as well as the city with about half of the proposed events – musical, artistic and theatrical – due to happen in rural County Galway (check Galway 2020 for latest info).

Traditional Irish culture remains strong throughout the region. Galway’s Gaeltacht – the area where Irish Gaelic is the main language – is the largest and most populated of its kind in Ireland. 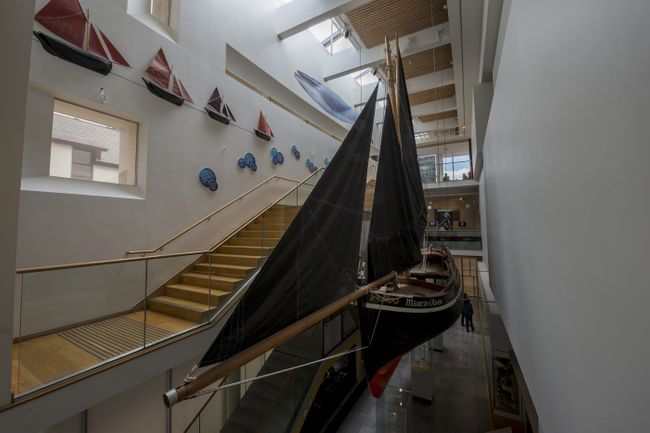 Kick off with a city walking tour, illuminated and enlivened by Liam SiIke or one of his fellow Galway Guides, €125/£108 for a half day). Almost every building seems to have a centuries-old story behind it.

Dip into the Church of St Nicholas, dating back to 1320, that’s lined with the stone bodies of angels and saints decapitated by Cromwell’s soldiers, and listen to the (perhaps apocryphal) tale about seafarer Christopher Columbus worshipping here. Imperious 14th-century Lynch’s Castle showcases medieval Irish-Gothic and has bizarre gargoyles and coats of arms of English kings. The quayside Spanish Arch is all that remains of a medieval city wall.

Make time for the waterfront Galway Museum (free entry), which charts Galway’s past from pre-history, through famine and revolution, to better times. Exhibits include an original Galway hooker fishing boat. Top spot for dinner is Aniar Restaurant, which has earned a Michelin star for dishes inspired by Ireland’s west coast. 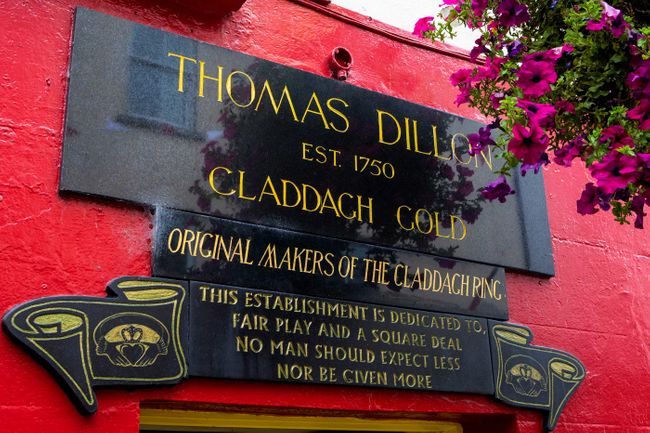 Strolling further afield, cross to the green spaces on Nuns’ Island, then continue over Wolfe Tone Bridge to South Park and its sweeping views to Galway docks, then on along the ‘prom’ to Salthill. Return via the 19th-­century cotton mills. Back in the centre, make for a cosy, old-fashioned pub. Craft beers, locally brewed, seem to be more popular than Guinness; ask for a pint of Galway Hooker. 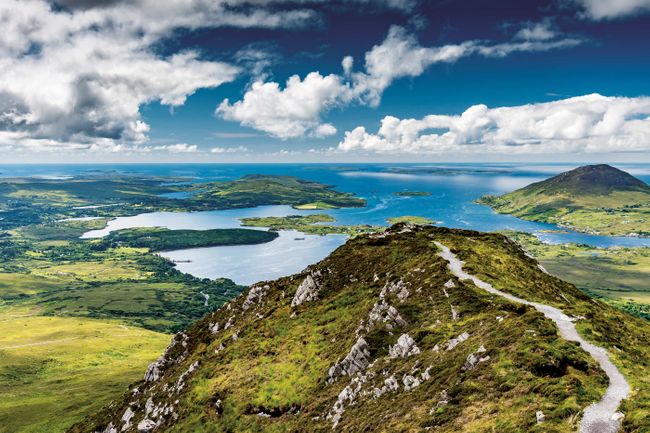 You’ll need a car to explore the wilds of County Galway. Heading north, the streets of the city rapidly give way to country lanes winding through fields grazed by soot-faced sheep. Wags have it that if you can see the Connemara hills it means it will rain soon, and if you can’t, it’s already raining. Whatever the fickle weather is doing, head for Connemara National Park (pictured) to stomp over rugged moorland beside peaty laughs.

The other unmissable for lovers of the outdoors is to hike a section of the Wild Atlantic Way, Ireland’s long-distance coastal footpath waymarked with a zig-zag logo. Walking west from Spiddal village, you might spot seals basking on the rocks, or even dolphins arcing out of the sea while you gaze across to the Aran Islands. After that, as JFK pointed out in his famous Eyre Square speech, the next stop is Boston, Massachusetts.