The idyllic islands are at the front line of climate change, but will they be submerged or will political strife rip the country apart first?

Plenty of familiar destinations make it into TripAdvisor’s Top 25 Beaches in Asia list. Thailand is well represented, as are Indonesia, the Philippines and India. Ngapali Beach, in Myanmar, grabs top spot but it’s not what’s included in the list that catches the eye, rather it’s what isn’t. I don’t think I’ve ever seen a “best beaches” countdown that didn’t feature at least one sun-drenched, palm tree-swooning representative from the Maldives. Maybe TripAdvisor decided it wasn’t fair on the other “contestants”. A seaplane flies over one of the Maldives’ many islands.

The Maldives has come a long way since 1972, when its first resort opened for business. Two hundred and sixty-six foreigners visited that year, staying in rustic huts and marvelling at the gin-clear water lapping at their ankles. These days, there are more than 100 luxury island retreats and passengers arriving at Malé International Airport can expect to be whisked off to a slice of paradise by seaplane or speedboat. Jet lag evaporates over the glassy turquoise seas and, before long, a live band is serenading guests ashore and smiling staff appear with welcome cocktails and scented towels. Who could fail to be seduced by such VIP treatment?

The spa in the Maldives that’s eight metres under water

Some are more used to it than others, of course. From Britain’s Prince William and Kate Middleton to the Beckhams and Kate Moss, royals and celebrities can’t get enough of the “No News, No Shoes” islands. You can renew your marriage vows in a simple barefoot ceremony on the sand just like the A-listers, and you’d be amazed at how many company conferences are held in the Maldives. Or perhaps you wouldn’t.

This is Visit Maldives Year and the Indian Ocean nation is enjoying a record-breaking surge in popularity. The tourism baton is being passed to the new holidaymakers on the block: Indians, Russians and mainland Chinese who, at peak times, such as Lunar New Year, account for a third of all visitors. They’re all drawn by dazzling coral, glittering fish and water so inviting it’s like swimming in an aquarium. Sunsets fizzle like a fireworks display – try and include the silhouette of a traditional dhoni (fishing boat) in your tangerine-tinted photos.

The Maldives’ reputation for high-end cuisine almost eclipses its standing as a spectacular diving destination. Dishes are prepared using ingredients caught in local waters or grown onsite in organic gardens and supplemented with produce sourced from carefully selected overseas suppliers. Your holiday cost may include “all you can drink” deals and some resorts have temperature-controlled wine cellars. And to think you’re only a coconut’s throw from the equator.

Even if you’ve never been to the islands you’ve probably daydreamed in front of a Maldives screensaver. Resting tired eyes on an electric-blue lagoon and talcum-powder sands helps make a bad day at work almost tolerable. After all, everyone can dream. Above and below: Thilafushi, also known as Rubbish Island.

Unfortunately, the kind of lists the Maldives makes it onto these days are of the “10 Places to Visit Before They Disap­pear” variety. That gin-clear water lapping at sunbathers’ ankles is predicted to submerge the archipelago by the end of the century. At least 90 islands have disappear­ed so far, due to natural erosion and rising sea levels caused by global warming. Expect to see more seawalls built around resorts and sand being pumped back onto beaches.

The good, the bad and the ugly sides of Venice: how to get the best out of your visit

A few years ago, local politicians donned scuba diving gear for an underwater cabinet meeting aimed at highlight­ing the need for action but the inconvenient truth is that tourism, which is the Maldives’ main source of income, is partly to blame. Long-haul flights, seaplane hops, gourmet food shipped across continents and the widespread use of air conditioning rather than relying on cooling ocean breezes do little to reduce carbon footprints. Three hundred tons of rubbish, much of it from the resorts, is dumped daily on Thilafushi, also known as Rubbish Island, where it is burned, creating a haze of highly toxic fumes.

Surfing in style in the Maldives

You wouldn’t expect somewhere that receives a million high-spending holidaymakers a year to be feeling the economic pinch but poor nations are often less able to profit from tourism than rich ones. Leakage, the process by which revenue flows out of the host country to pay for imported products and services, is higher in the Maldives than almost anywhere else. A guest might arrive aboard a Cathay Pacific flight, stay at a Swiss-owned resort, enjoy food from Sri Lanka and (temperature controlled) Australian wine. More than 80 per cent of the indigenous workforce relies directly or indirectly on tourism. This financial depen­dence on a single industry leaves the Maldives vulnerable to changing holiday preferences, natural disasters and cancel­lations as a result of a terrorist attack. (Think Bali after the bombings or Tunisia after the lone gunman massacre.) Salaries in the hospitality trade tend to be low; work is often seasonal, with limited adherence to international labour standards. Homesickness affects staff on lengthy postings to distant atolls and resentment can reach breaking point when insensitive guests behave inappropriately or disrespect Muslim traditions.

There have been calls for tourists to boycott the Maldives but the former British protectorate certainly isn’t the only vacation venue suffering from political strife, a lack of human rights, waste disposal issues and poorly paid workers.

Environmentally speaking, it’s true that high-rise holiday resorts are better equipped to deal with large numbers of visitors than are fragile atolls. It’s also fair to say, however, that if you’ve toiled away for 50 weeks in order to enjoy 14 days of hedonistic bliss, you don’t need a travel writer banging on about air miles and food miles.

Have a great trip and remember to take your used batteries and plastic bottles home with you. 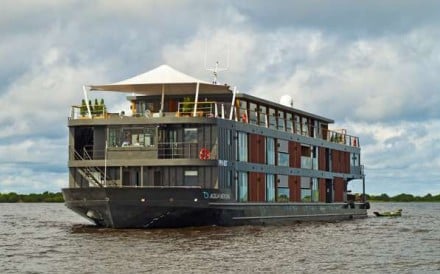 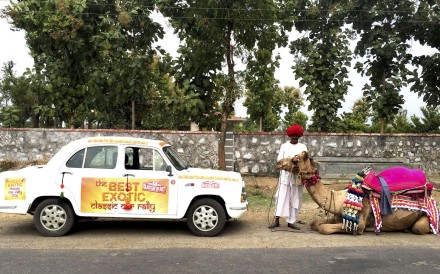 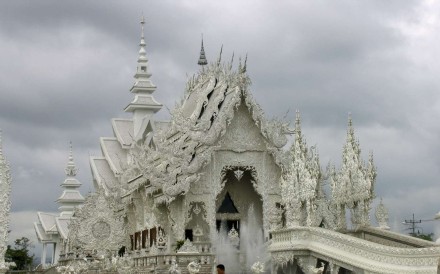 ASIA TRAVEL
How to annoy colleagues while away; fly to Chiang Rai direct with HK Express

Riot police argue with a supporter of former president Mohamed Nasheed on a street in Malé. Political instability and Islamic fundamentalism are on the rise, particularly in the capital. There are frequent public floggings, the death penalty has been reintroduced and a number of Maldivians have joined extremist militant groups based in Syria. Travellers are currently advised by embassies to avoid political rallies and gatherings. In truth, tourism apartheid means few foreigners leave their luxurious surroundings to visit the densely populated city. Resort guests are free to drink alcohol, eat pork and wear bikinis, and unmarried couples are allowed to share rooms, all of which are illegal elsewhere in the country.