In the modern age, where speed and information are located on the first place, it is important as never before, and to be the first to know almost everything. Therefore, in order to shorten the distance and make the roads more often camphor created such architectural solutions, a life which is not only easier, but it becomes much more difficult. Such decisions often destroy, but is sometimes used as entertainment for visitors. 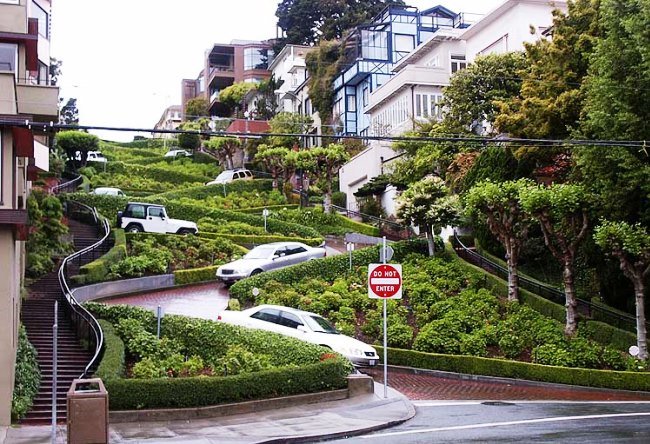 Among such solutions can be distinguished street-zigzag in San Francisco. Here in California are constantly visited by people, tourists and residents of neighboring towns just to visually see clear evidence of the negative impact of civilization on human life, which not only does not improve the conditions of life, but also a threat to her. 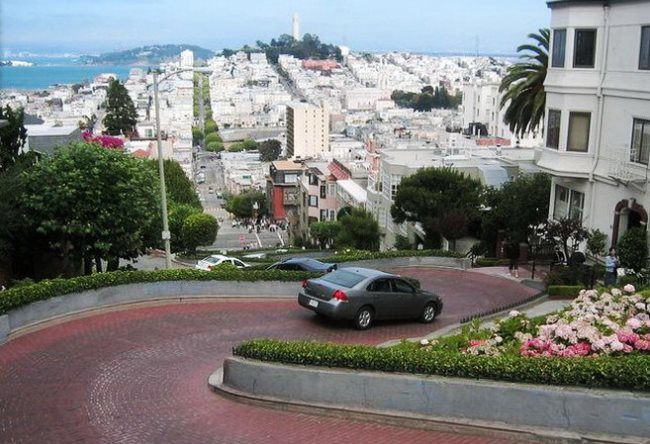 This testimony is the street-zigzag. Driving along this street by car a person spends not only time, but the nerves, because the turns very complicated and sharp. Nearby, ironically, is a direct staircase for pedestrians down the pedestrians spends less time in several times. And in order to go down to the car, you must have a minimum of experience of driving in extreme conditions. 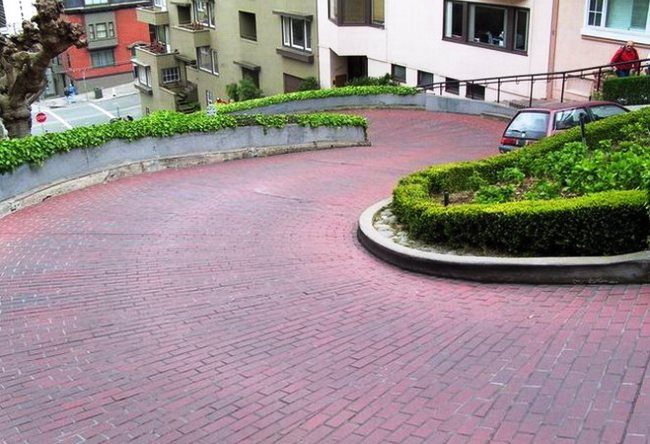 The name of this street at Lombard Street, the total length of about 400 meters and the hill that goes down the road, called the Russian. Creating such a decision came as a result of the fact that the rise of the hill reaches 27 degrees. As a result, it was decided to build a winding road, which turns 8, the entire descent. However, we should pay tribute to the external aesthetics and beauty of the street. 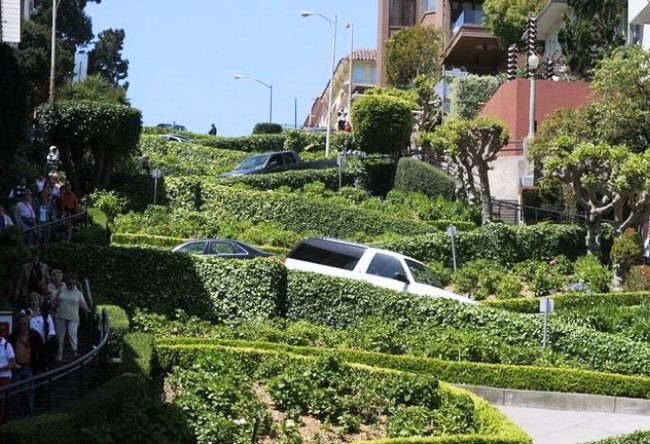 Initially, the movement of the street were in 2 directions, but it soon became clear that it is almost impossible, because to overcome the difficult turns, even unilaterally, not to mention the fact that it was possible to part 2 cars. The City has already tried to simply ban the movement of a car on the street, but further attempts nor any action was taken.