Tepe-Kermen Ancient cave city, located 7 kilometers from Bakhchisarai, on top of the mountain of the same name

The city is situated at an altitude of 500 meters. The most convenient way to get there on the northern part of the mountain, where a good road paved. Tepe-Kermen, translated from the Crimean Tatar language means «fortress on top». The city is located in tiers across the top of the mountain. 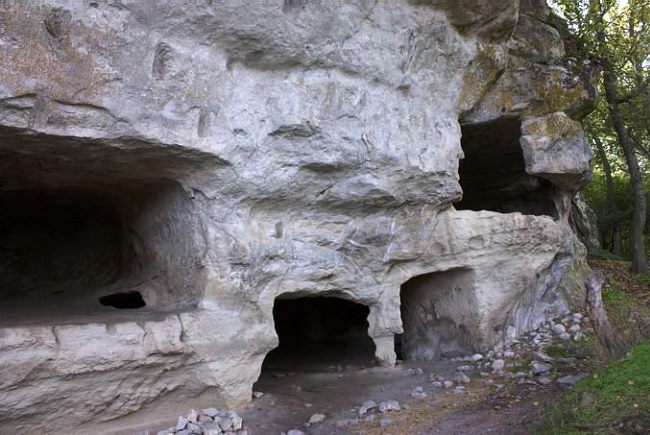 From the top of a great view. And at night the sky is usually full of big stars. It is unlikely that this was a city where people resided, most likely came here only county to defend against enemies. Because nowhere were found near water sources. There is evidence that the water was going to rain, but the city would not be able to hold out for a long time and to make a long siege. 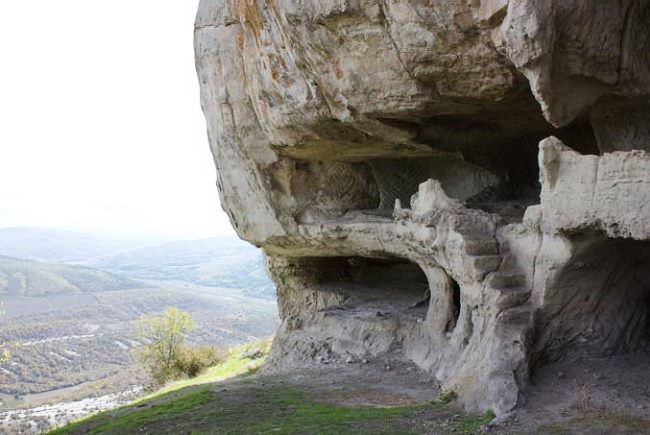 This mountain fortress was built in the VI century and lasted until the XIII century. On the territory of Tepe-Kermen about 230 artificial caves, most of which are used for commercial purposes. They were stables for livestock, storage for food, wine and other valuables, and several caves were created for defense against enemies. 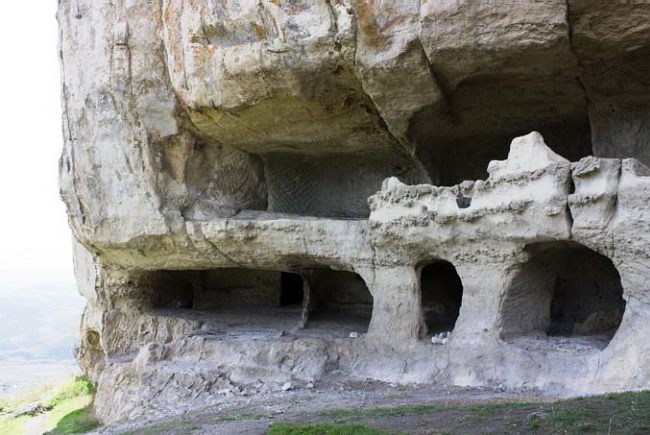 In addition there is a cave church. It altar preserved perfectly. Inside the church there is a baptismal font, as well as carved in stone ossuary. In this ossuary likely kept the ashes moved from their graves. The set of buildings has been preserved. Walking through the fortress, you can see many remnants of foundations, overgrown with grass. City fell from the invasion of the Mongols, like many other cities in the county. 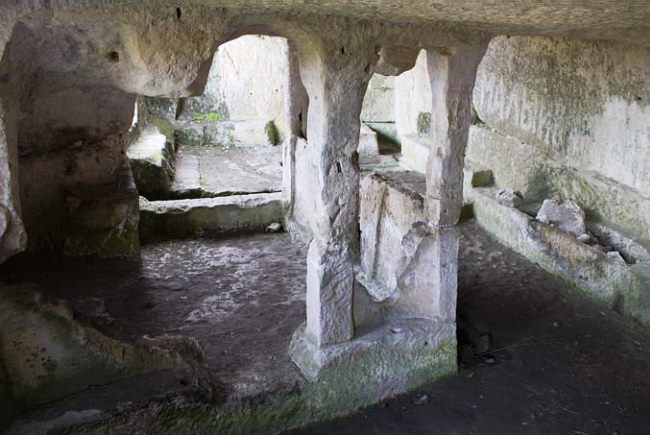 At the top of the hill is the foundation of a large manor local feudal lord, the land owner. All foundations overgrown with briars thorns. Directly in front of the cliff is a huge boulder, probably it was part of some kind of construction. This fortress is still poorly understood, and keeps a lot of mysteries. Excavations were carried out almost here. Sometimes live in caves the tourists to experience the life of medieval people.
set-travel.com