Well, to be more objective, the Canaletes fountain, which in Barcelona does not “hold out” to the conventional notion of fountains. The Canaletes Fountain is an ordinary and not quite a fountain for drinking water.

Sights of Barcelona: Fountain of Canaletes

If one assumes that it is possible to look at the burning flame and the falling water indefinitely, then in this respect such architectural structures as fountains are undoubtedly popular regardless of their artistic and other advantages. However, in our case, the Canaletes Fountain (Font de Canaletes) stands out somewhat from this series. Since this fountain is, first of all, a simple fountain for supplying drinking water, at the same time, the water supply is carried out only by pressing a special handle. 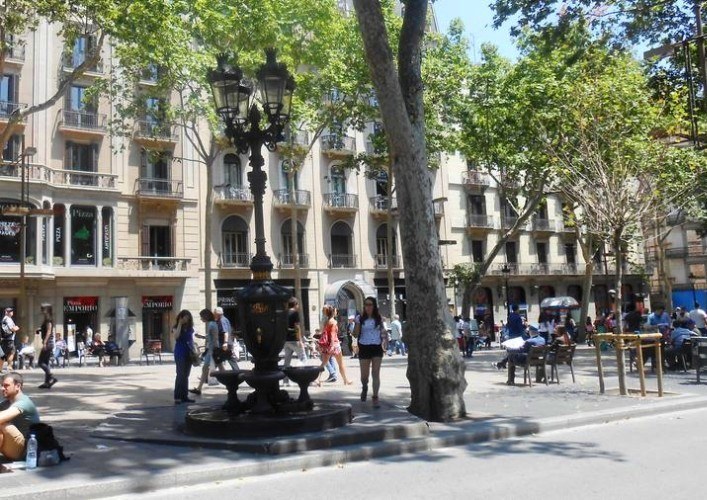 So, the variant with contemplation of the falling flow of water in this case does not pass. But in our case, the Font de Canaletes has some historical value not only for residents near the lying quarters of Barcelona, but for almost all fans of the football club with the same name “Barcelona“.

A bit of history

And the thing is that in the immemorial times opposite this fountain was the editorial office of the local newspaper La Rambla, which fairly meticulously covered on its pages all the football matches with the participation of the beloved team, and the results were posted in the big window of the newspaper’s premises . And it was from this moment on the square where this fountain was located and the fans of the football club gathered in anticipation of the results of the match, if Barcelona played on the road in another city of Spain. 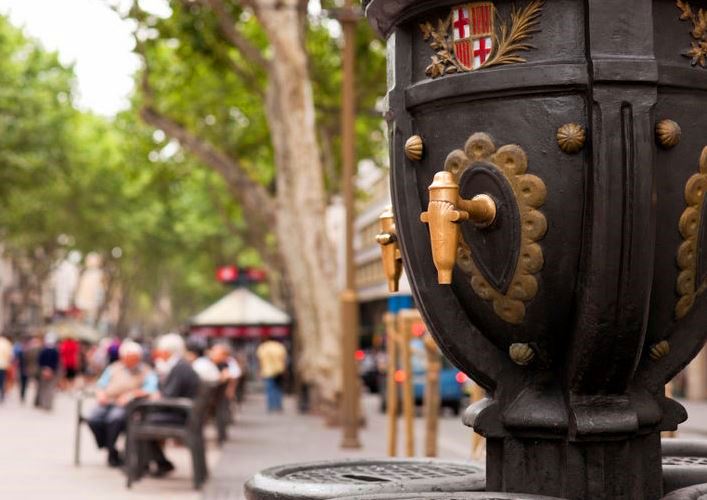 Despite the fact that the editorial staff of La Rambla has long been gone, but the tradition has remained. And the fountain itself, like many European sights in Barcelona, acquired not only the original decoration in the early Baroque style, but also its own name Font de Canaletes, which is based on the Spanish name for small channels for supplying drinking water.

So, as you can see, everything is explained quite simply. It’s a pity, just that in our domestic history there is no such kind of fountains where football fans of the same “Zenith”, “Spartacus” or “Locomotive” were going to celebrate the next victory of their favorite club and would not use hot drinks, but ordinary drinking water. And if traveling to Spain, bring you to such an amazing city as Barcelona, do not be lazy to walk along the Ramblas and to drink clean water from the Font de Canaletes.