For example, in the African country of Algeria Emperor Trajan it founded the city. It happened in the first century at the foot of the Atlas Mountains. 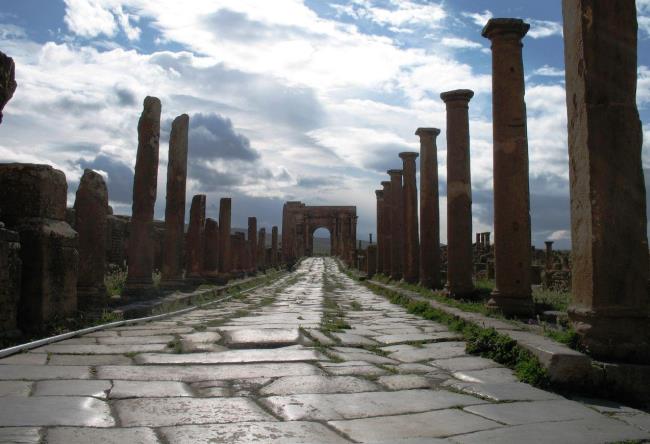 City Timgad was supposed to be the abode for soldiers who faithfully served the Roman emperor. At first it was designed for fifteen thousand people, but very quickly the number of population exceeded 50,000, which naturally led to the expansion of the city boundaries.

I must say that the Roman rulers took care very well about these people.

There are excellent conditions for accommodation, including running water and central sewer. But such benefits as Roman baths, an amphitheater and a library in this city considered commonplace. And according to some library in Timgad it had more than twenty-five thousand volumes of various works. 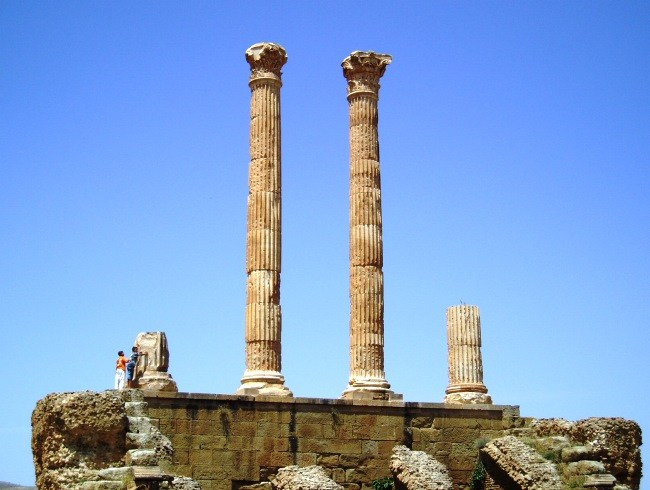 Today Timgad is in a fully dilapidated condition, but it does not diminish its importance to scholars and visitors to see the miracle created by the Roman architects. It should be noted that this ancient city is an example of grid construction. And if you look at the plan of the city, it resembles a chessboard. All the streets are parallel and perpendicular. The city had two main streets, along which were built priglyadnye column.

Entered the city could be in a very beautiful triumphal arch of Trajan, 12 meters in height, which still looks much better than other buildings. In 1900, the arch was restored. After visiting the ruins of Therm can be seen in the basement of their boilers, of which fed steam in the bathroom. 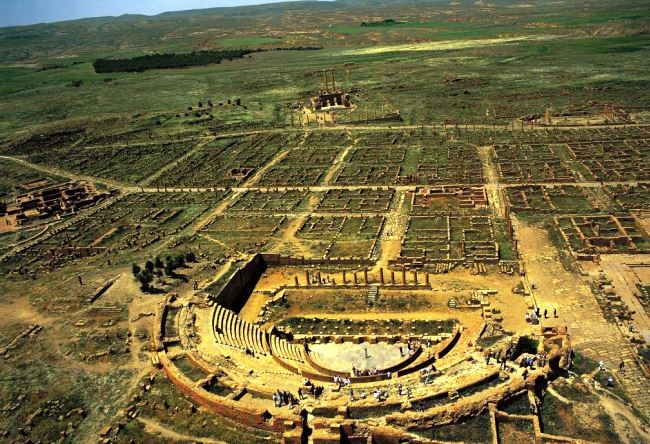 It does not know how, but the best preserved structure of the town is the amphitheater Timgad. It can accommodate up to three and a half thousand people, and how well preserved that it is carried out presentation today.
set-travel.com